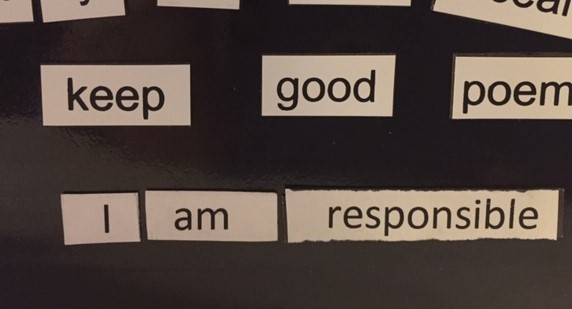 The Lawrenceburg Event Center was full of almost 800 8th graders, about 30 high-schoolers, and about as many adults, including service providers, local law enforcement, as well as school chaperones. The occasion — 14th annual CASA Youth Summit, planned by CASA’s Youth Ambassadors. The goal of this day-long event is to equip the current 8th graders with the strategies to resist the temptations of using and abusing various substances. The rooms were “Peer to Peer Learnshops,” such as “Wrecked Card Game,” a random game of chance where were confronted with various scenarios and discussed possible choices, and an “Escape Room” where players were presented with puzzles and challenges related to friendships and potential career and academic paths. The kids rotated throughout 7 areas with 19 different activities, and gathered prizes by engaging in conversations with adults about possible careers.

The hallway parallel to High Street was dubbed “Assistance Alley,” where the Hoosier Hills Literacy League, along with 15 other service organizations showcased opportunities to both receive services as well as become involved to combat boredom. As kids approached our table, they could build words from Bananagrams tiles (similar to Scrabble), or craft free-verse poems with a set of refrigerator poetry.

It was a full day, and we all heaved a sigh of relief after it was over.

A week and a half later, I was having breakfast with the youth pastor at our church. We were talking about burnout, and the challenge of tackling a task that technically is in your job description, but which you can’t do alone.

The phrase “Do not grow weary in doing good” came to mind. 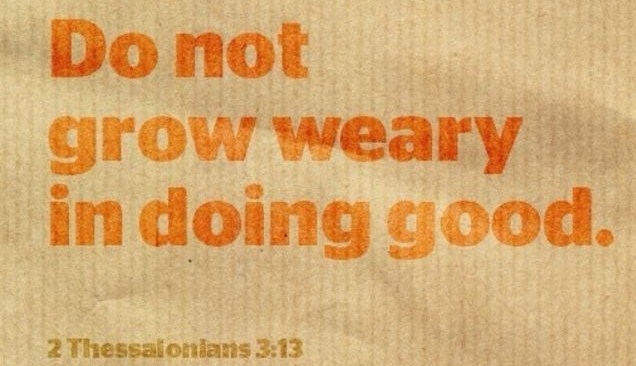 Knowing that context is important, we looked it up. It’s mentioned twice in the Bible, and the one we read was in a section subtitled (in that particular version) “Warning Against Irresponsible Behavior.”  We surmised that the readers of this letter from the first century were facing a situation that we see today as well — There’s a task ahead, it looks huge, and a group of people mobilize.   In the first century, the group of people was the early church. I imagine that these people were doing the same thing we do today – take the big job, divide it up into smaller tasks, assign those tasks to those who are suitable for them, and wait to see results.

My friend and I were wrestling together with the weariness that comes from that good work. What’s the source of that weariness? Maybe it’s that the results we were anticipating aren’t visible. Maybe it’s because of false assumptions. Maybe the problem is actually identifying the problem. Of course, there’s always the dreaded ego.

Often that weariness causes us to throw up our hands and say, “It’s not my job.” The attitude is contagious. It seemed to us, as we talked over coffee that morning, that that was what the apostle (or more accurately, the Bible scholars that added the subheading of that translation) dubbed “irresponsible behavior.”

When we look again at the word history of the word RESPONSIBILITY, we see the connection with the verb “to respond.” Citizens Advocating for Substance Use Awareness (CASA) and their Youth Ambassadors responded by proactively planning this Youth Summit. Representatives from other organizations gathered to do their part, because we all share the responsibility. Sometimes we grow weary.

Mahatma Ghandi said “Be the change you wish to see in the world.” Our world, our communities need good workers to 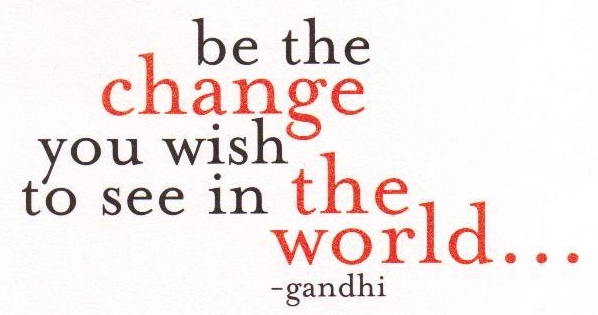 I wish I knew the young man’s name who crafted that line with our set of refrigerator poetry. That moment offered a sort of relief from the weariness. Hope for the future. Confirmation that our work is not in vain.

When it comes down to it, we do grow weary, and then we are renewed. Like I was by this young man at the CASA Youth Summit. 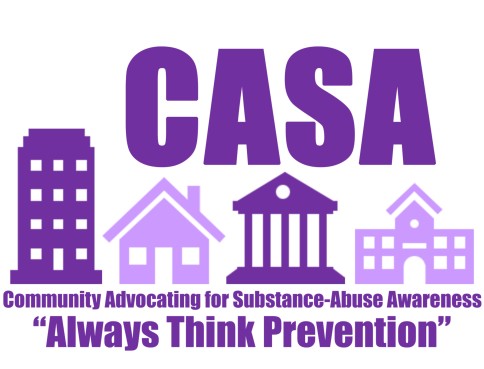